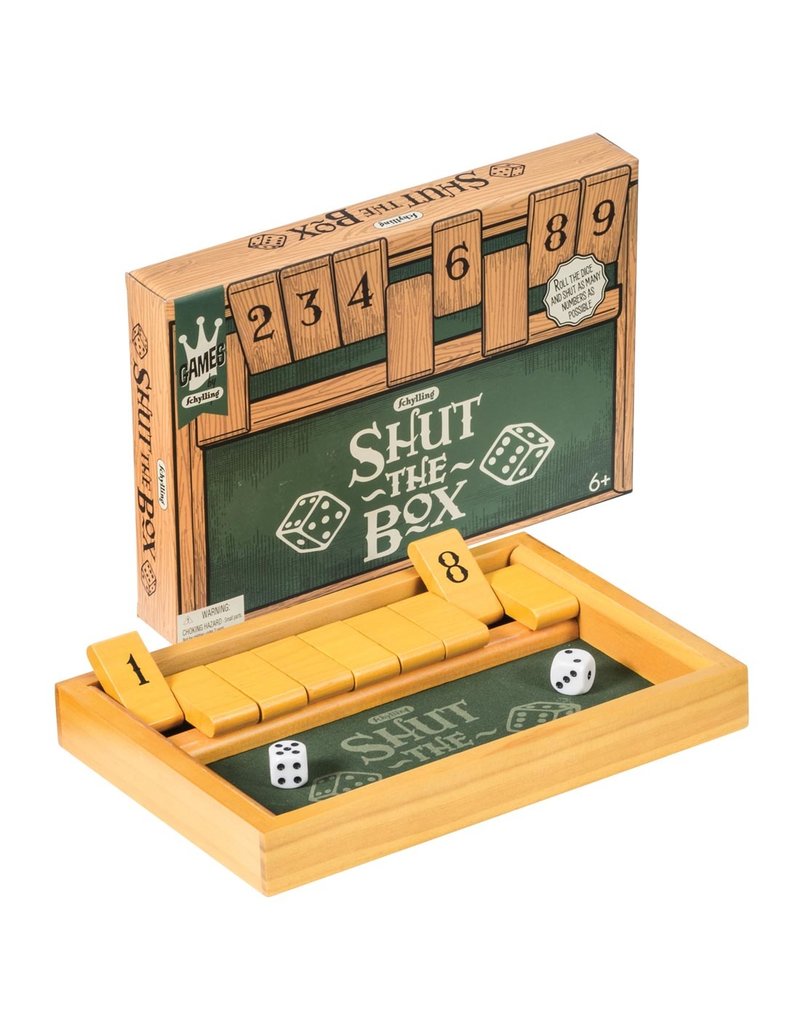 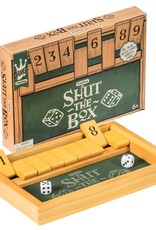 $19.99
21 in stock
Add to wishlist Compare
Is this a gift?
We can add a note card inside at no cost
Let us know the details. Send instructions here.
popular
Ships within 2 business days
Free Sameday Pickup
100% Secure Checkout
Small brick & mortar business

Flip over as many numbers as possible and have the lowest score to win this unique dice game. Features a wooden box with 9 number tiles and a space to throw the 2 included dice. When the die or dice are thrown, the active player turns over any set of numbers that adds up to the total on the dice. For example, if one die shows 2 and the other die shows 5, the player flips over any set of number tiles that add up to 7: 6 and 1; 5 and 2; 3 and 4; 1, 2, and 4; or even 7 itself. The round ends when the dice are thrown and no more numbers can be flipped; the score is the total of numbers that are still visible. Then the next player starts. Once each player has taken a turn, the player with the lowest score is the winner. Alternatively, each player can continue to play rounds and add to their score until they reach a certain number, such as 45. The final player to have a score below 45 after each player has played the same number of rounds is the winner. Other variations can be played as well. For ages 6 and up.